Home News 14-year-old George Stinney Jr was the youngest person to ever get electrocuted, 70 years later he was proved innocent

George Stinney Jr was the youngest person to be executed by an electric chair after being accused of murdering two white girls. After 70 years, his case was reopened.

In Alcolu, the sawmill village, nothing like that had ever happened before.

Alcolu was an area anchored by a lumber mill, where both men and women attended to church twice on Sundays and where verdant fields teemed with cotton bolls in the summertime before bursting into clouds of white fluff in the fall.

Betty June, 11 year-old, and Mary Emma Thames, 7 year-old, were racing with their bicycles in the black area of Alcolu searching for flowers on March 24, 1944, according to official documentation. A seventh-grader named George Stinney Jr. went out with his younger sister.

They stopped and asked Stinney where they could get maypops, a local word for passionflowers. From that day, Betty and Mary never returned home.

While attending a neighborhood party that evening, the Stinney family received the message of the missing girls. George informed his parents that he had spotted them earlier and that he would be joining the search teams with his father.

The girls were discovered the very next morning, but unfortunately, their skulls had been shattered in a water-filled ditch. undertook an autopsy on the girls later that day and found that blunt force trauma was the cause of death.

Both the girls had been knocked unconscious many times with “a blunt instrument with a round head, about the size of a hammer.”, according to medical examiner.

When officers heard through witnesses that Betty and Mary were last seen speaking to Stinney, he and his brother Johnny were sent to the Sumter County Jail right away.

Stinney was not permitted to see anyone including his parents, until his trial and conviction had ended.

Stinney admitted to murdering Betty and Mary when his attempt to have sex with one of the girls failed, according to police reports. Although the older girl’s genitalia was slightly wounded, the medical examiner found no indication of sexual violence on the younger child.

H.S. Newman, a Clarendon County deputy, was the arresting officer, who stated “I arrested a boy by the name of George Stinney. He then made a confession and told me where to find a piece of iron, about 15 inches where he said he put it in a ditch about six feet from the bicycle.”.

There is no documentation of Stinney signing a confession declaration. The 14-year-old alleged that the police authorities forced him to confess by starving him and then bribing him with food.

George Stinney appeared before the Clarendon County Courthouse in downtown Manning, the county seat, 31 days after his arrest.

It was a two-hour trial. The trial began in a Clarendon County courtroom, where defence lawyer Charles Plowden, who was chosen by the court, did practically nothing to defend his client, Stinney.

Charles did not discuss or respond to the prosecution’s presentation of two conflicting versions of what happened. Stinney was attacked by the girls after he tried to assist one of them who had slipped in the ditch, and he killed them in self-defense, according to one interpretation.

He had followed the females in the other interpretation, first hitting Mary Emma and then Betty June.

Three police officers and three witnesses were called by the prosecution: Reverend Francis Batson, who found the bodies of the two girls, and two medics who did post-mortem examinations.

George Stinney was found guilty of first-degree murder by an all-white jury after less than ten minutes of discussion. The judge, Philip H. Stoll, condemned him to death by electric chair.

With a bible in his arms, George Stinney Jr. entered the execution chamber at the South Carolina State Penitentiary in Columbia on June 16, 1944. 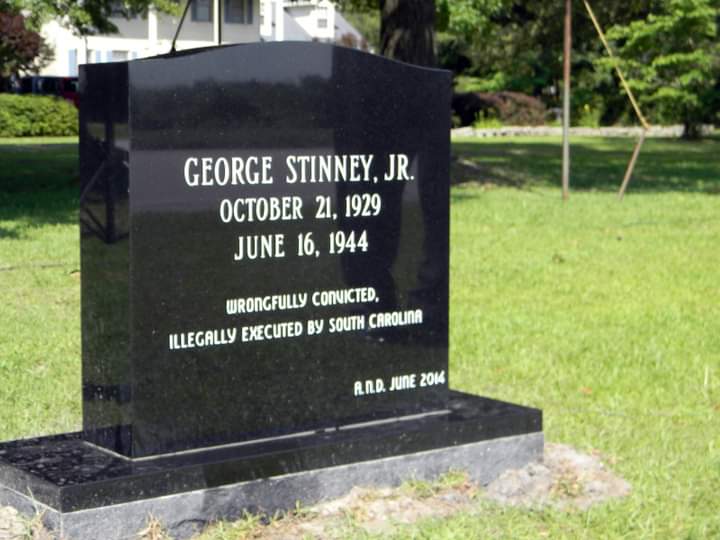 In 2014, George Stinney’s first-degree murder conviction was appealed for the first time.

George’s siblings stated that he was under pressure and that he had an alibi: Aime, his younger sister who was there during the murders.

Judge Carmen T. Mullen overturned Stinney’s first-degree murder conviction on December 17, 2014, after a year of investigation, noting that his sentence was “cruel and unusual.”

Mullen said: “No one can justify a 14-year-old child charged, tried, convicted and executed in some 80 days”.

45 Beautiful Small Kitchen Ideas, Make the Most of Tiny Space

News December 27, 2021 • 0 Comment
Small houses, condos or apartment may not have much usable space. It may be more difficult to allocate functions, so…

News December 19, 2021 • 0 Comment
Garden Screening, in addition to being an indication of the area. It is also a part that helps to create…

20 Pets Who Can Put Happiness In Your Pockets

News December 19, 2021 • 0 Comment
Animals20 Pets Who Can Put Happiness In Your Pockets by Carolyn Mullet If you have ever owned a pet, you…

38 Beautiful Balcony Design Ideas to Relax and Enjoy the View

News December 19, 2021 • 0 Comment
The relaxation corner in the house can be designed in a variety of ways to suit the house. One…

Two Tiny Kittens Found On The Street Without Mom, Held Each Other Tight And Refused To Let Go

News December 14, 2021 • 0 Comment
CatsTwo Tiny Kittens Found On The Street Without Mom, Held Each Other Tight And Refused To Let Go by Carolyn…

News December 14, 2021 • 0 Comment
Examples of garden decoration, which can be even brighter and more beautiful. Many fans living outside the city are…

News December 6, 2021 • 0 Comment
If you’re going to socialize outside your home, you may face heavy traffic or long queues at restaurants. If…

News December 5, 2021 • 0 Comment
Dr Manoj Mittal, a child specialist from Haryana, in India, sparked controversy online after appearing on camera to praise the…